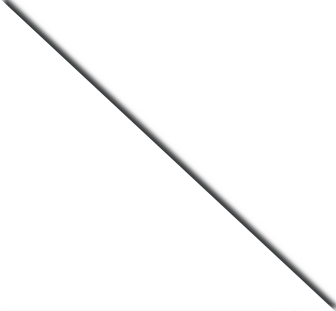 Write Review
Win $2000
We are an independent professional project dedicated to review hosting services. We receive compensation from the hosting companies that we overview.
Close X

Not sure which hosting to choose?

PICKUPHOST experts will do it for you. 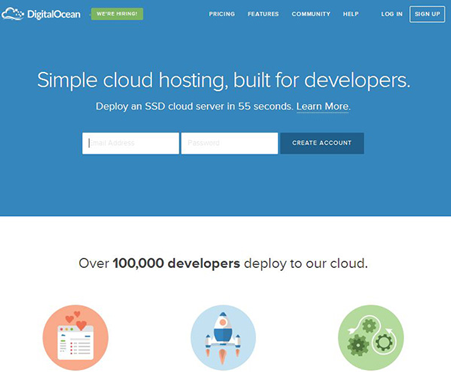 DigitalOcean is not your ordinary web hosting provider. In fact, the company is specifically aimed towards web developers who want to have access to various resources when they create a web application. More than 100,000 accounts have been created with this provider, which proves they are a trusted company to work with. DigitalOcean provides access to various features and users can easily make adjustments as needed. The main advantage of these servers is that they run using SSDs, which means that apps will load in no time.

Highlights: Unlike other web hosting providers, DigitalOcean is fully committed to giving web developers a perfect environment in which they can work and test all of their applications.
DigitalOcean Hosting Plans
Digitalocean.com has five different private virtual server plans available to users. The cheapest one is perfect for a fresh developer that wants to learn the basics and needs a proper environment in which he or she can work. The company’s most popular hosting plan affords 1GB of memory, 1 Core Processor and 2TB of data transfer, while its most powerful hosting option provides 8GB of memory, 4 Core Processors and 5TB of data transfer. Users can always switch to a larger and better hosting account when needed, as DigitalOcean is fairly flexible when it comes to upgrades. Even better, users don’t have to pay a monthly rate if they don’t want to. There is the alternative of paying per hour, which means you can save money when the server is not used.

Options for server-side scripting include MySQL databases, PHP and Ruby on Rails. DigitalOcean “droplets” (or VPS servers) can also install a wide variety of Linux applications with just one click, and each droplet is controlled by users from a customizable API control panel that also emphasizes streamlining the complexities of traditional web hosting and improving overall usability. DigitalOcean customers also use the company’s own unique control panel to resize servers, access DNS management, implement 1 click application installations, and use a full HTML5 console, which can be accessed from practically any device.
DigitalOcean Data Center Location and Acceleration Features
DigitalOcean operates out of five primary data centers locations:

Data centers rely on a Tier 1 network transit provider with 10 gig-E connections to ensure capacity and redundancy. DigitalOcean data centers are also backed by diesel generators and battery backups in the case of an emergency. In addition, all DigitalOcean cloud servers are provisioned in as little as 55 seconds, and the implementation of SSD drives also works to markedly improve server performance. In terms of CDN for DigitalOcean servers, the company doesn’t offer its own network, but does note that a CDN network can be created among customer VPS droplets using external programs.
DigitalOcean Hosting Security and Installations
DigitialOcean users of any hosting package have the choice of downloading five different Linux distributions: Ubuntu, CentOS, Debian, Fedora and CoreOS, along with numerous 1 click web tool applications like Ruby on Rails and WordPress. The company currently doesn’t promote any free ad coupons or credits for popular ad platforms like Google, Facebook and Bing.
DigitalOcean Email
DigitalOcean doesn’t offer its own email service, but users can set up a mail server on a droplet (individual virtual private server) or utilize something like Google Apps.
Is DigitalOcean Good?
Digital Ocean has been commended for its incredibly cost-effective cloud hosting, and though it offers a narrower scope of features than other cloud competitors, it has been able to deliver on its promise to specifically meet the needs of developers. Users have also noted the benefit of access to IPv6 support from various international locations. Given that in early 2014 the company was listed among the top 10 most popular hosting companies in the world, we think it’s safe to say this hosting company is definitely worth a look.

Sorry, no video found for this company

Sorry, no coupon found for this company.

Name: Ryan B, March 3, 2015
Digital Ocean has been extremely easy and functional. The one-click install worked flawlessly and the cost isn't bad. SSD speeds are quick, responsive and worry free, so I completely recommend. Visit Hosting
Do you find this review helpful?
0 of 0 people found this review helpful
Price

Name: kobi, March 2, 2015
Digital Ocean has been extremely easy and functional. The one-click install worked flawlessly and the cost isn't bad. SSD speeds are quick, responsive and worry free, so I completely recommend. Visit Hosting
Do you find this review helpful?
0 of 0 people found this review helpful
Price

Name: Ren Andronico, December 26, 2014
Digital Ocean, while not being perfect, was a great host for me when I gave it a 3 month trial. I liked their servers and the fact that they were super easy to manage, and the fact that I could easily create backups and templates made me feel completely at ease. The only problem I truly had with them was their support; they were nice and quick, but didn't seem to completely understand my problem. Visit Hosting
Do you find this review helpful?
0 of 0 people found this review helpful
Price